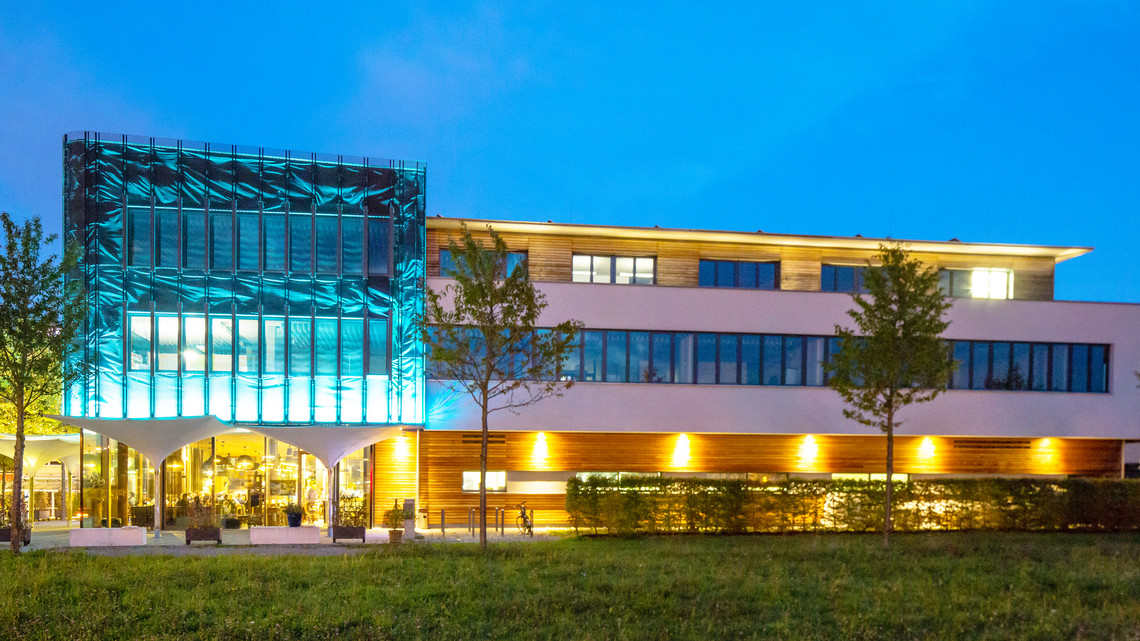 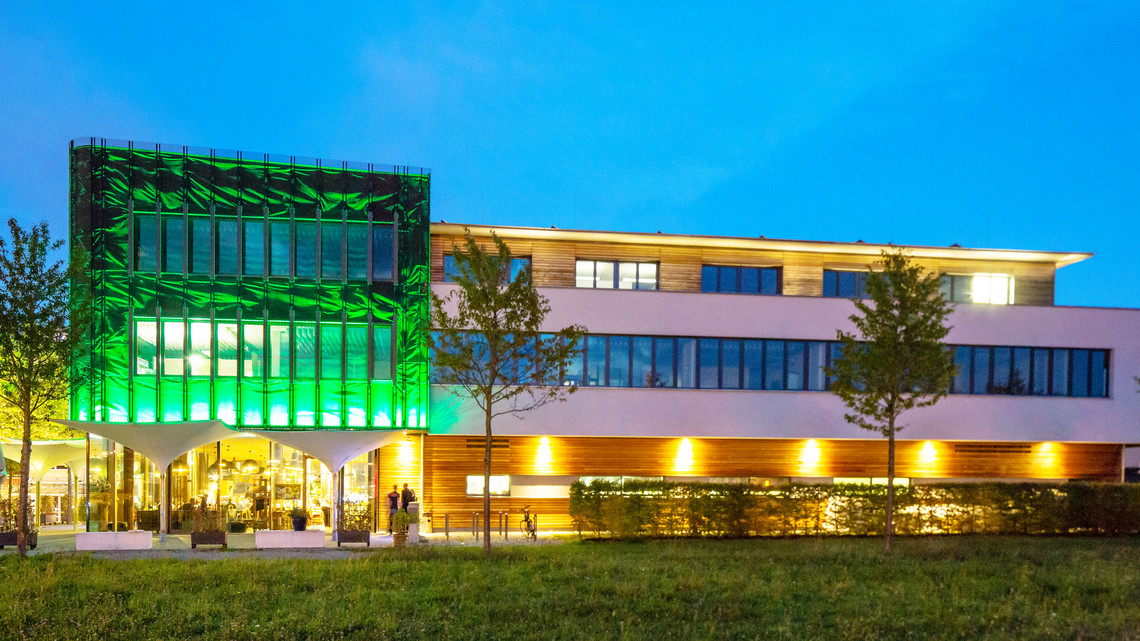 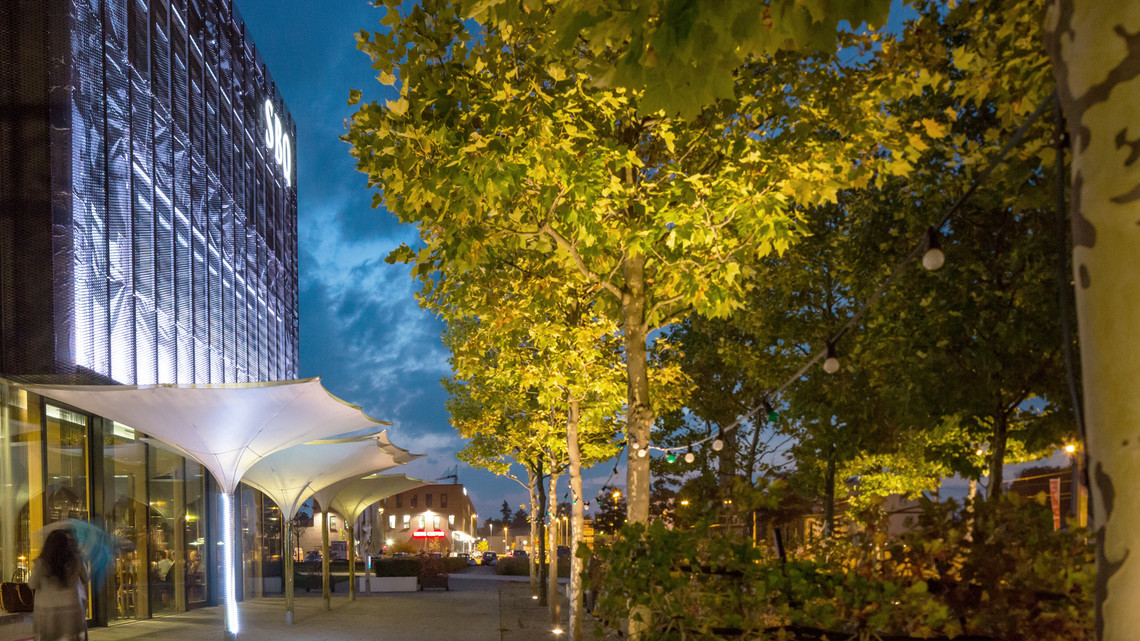 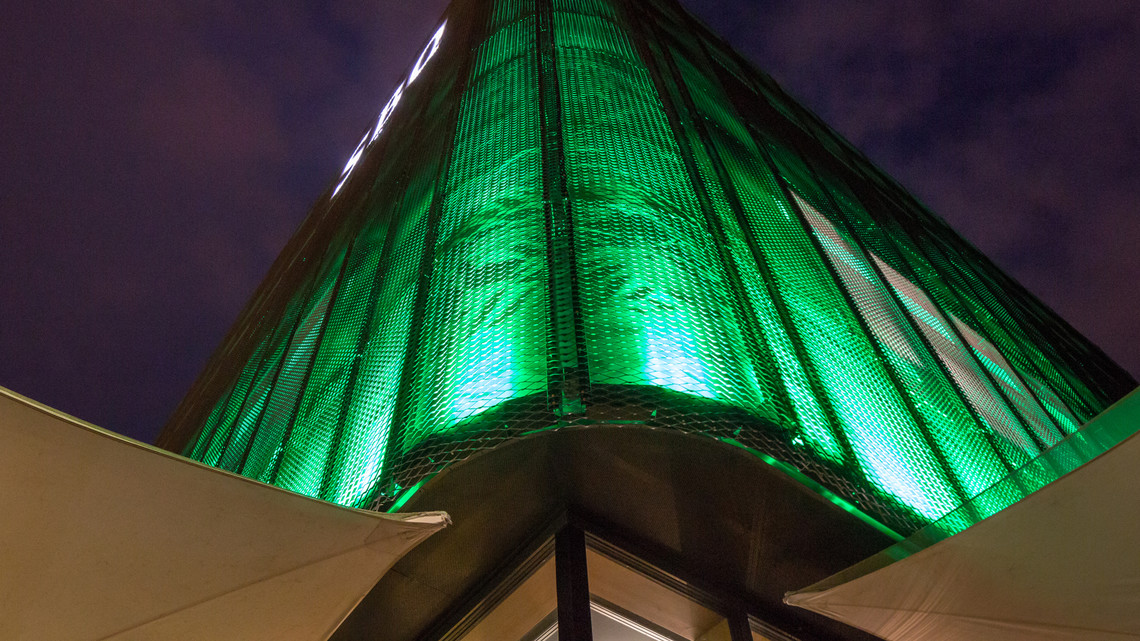 Since 2010, the Sheridan Business Quarters have been located on the former site of the Sheridan Kaserne [barracks] in Augsburg. The architectural concept of the architecture firm Rumstadt based in Augsburg impresses its customers with the exciting use of different material to accentuate individual areas of the building structure ranging from natural profiles made of larch wood, to exposed concrete and plaster through to copper expanded-metal façade. The copper expanded-metal façade in the head-piece of the building that is displayed on a black background was difficult for observers to recognise at night. In order to attempt to highlight this part of the building structure and to make the surrounding open areas more friendly, a lighting concept was developed in 2016, which visualises the three-dimensionality of the double façade and simultaneously represents the charisma of the technically innovative areas of the Sheridan Business Quarters.

“We were all surprised by the appealing effect of the colourful light in a dark, multi-layered façade. Experience generally tells use that light is indistinguishably reflected on matt, dark areas. However, this project has impressively managed to prove the opposite. The effect of the white light is also bizarre: the façade appears to be digital, grey or unrealistically sketched like the comic or the film adaptation of Sin City. Although the light solution was subsequently integrated into the façade that has existed for many years, the result is more than impressive. It has a vitalising effect for the building and the surrounding open space”. A description of the new façade provided by Oswin Nikolaus, Managing Director of Oswin Nikolaus Lichtgestaltung.

In addition to the technical challenge of lighting a dark area with dynamic colours, the complete light technology was to be accommodated in the clearance of the double façade. With a light output of more than 3500 lm in the RGBW version and its slimline construction, the linea m hp outdoor was the perfect solution for this task. The luminaires were almost invisibly integrated into the façade in a very detailed plan and completed concealed by the facework. Even the necessary cabling technology was reduced to a minimum by the through-wiring of the combined power and data cables of the luminaires. 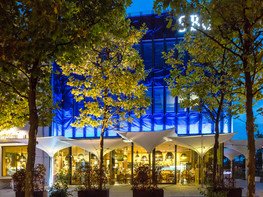 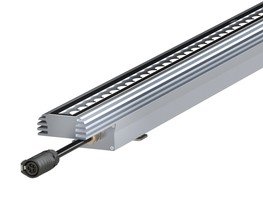